What is a smart fire apparatus? I had to ask myself this. Because as far as I am concerned, fire apparatus are only as smart as the specifications, construction, and operator. After all, fire apparatus won’t drive, connect a hose, or pump water without operator intervention. Maybe I am just a little prejudiced about inanimate objects being smarter than me—give me a 1970 Crown.

That said, I left the automotive industry in the late 1980s because of the growing reliance on electronics. I enjoyed doing tune-ups, rebuilding carburetors, and modifying engines with my own two hands, rather than changing a circuit board or making a software change to improve performance. So, I changed my career aspirations to working on boats, which I enjoyed. But, it was too seasonal to sustain a young family. Eventually, the opportunity presented itself to working on off highway diesel mining equipment and ultimately to the trucking industry in the early 1990s, where I was introduced to fire apparatus and have been hooked ever since. Shiny, clean, simple, but different, and I knew when I heard the siren and saw the lights that I made a difference to someone. With few exceptions, they had mechanical fuel systems and practically no electronics. Some still had unsynchronized manual transmissions—many a young firefighter is saying “a what”?—and the distinct puff of black exhaust smoke meant horsepower. Well we all know how that story ends.

Today, the modern fire apparatus makes the automotive and general trucking industries look like child’s play—like comparing a VW Beetle to a fighter jet. Climate-controlled cabs with full passenger air bags, power adjustable seats, remote controlled mirrors, power windows and door locks, and the infamous “black box” vehicle data recorder are a far cry from the open-cab Crowns that even the youngest fire buff will know of for years to come.

Rocker switches and relays have given way to a touch screen controller for most operating systems, and the bundles of primary copper wire sending 12 volt direct current have been replaced with a much smaller tech bundle sharing multiple streams of information to and from the ECM, PCM, nodes, and control screen—better known as multiplexing.

The modern engine, with its diesel particulate filter (DPF) and selective catalytic reduction (SCR) produces horsepower ratings unheard of in the commercial road truck industry and talk with the transmission to optimize performance and adapt to the operator’s driving habits. Even the apparatus itself can send real-time self-diagnostics and operating data wirelessly to the fleet manager through the J1939 data link.

And, then there is the operator’s pump control panel where the traditional push-pull gate control has been traded for an electronic actuator and wireless remote monitor controls. Aerial hydraulic control levers were succeeded by electro-hydraulic servos. Dongle and satellite equipment allow interoperability between agencies across the nation during major disasters and homeland security exercises and events, and we haven’t even touched on communications, mobile hot-spots, AVL and dispatch—but that’s a story in itself.

I have been asked, “Chief Weeks, why are the apparatus of one of the largest departments in the world so plain and basic when such modern technology is available”? I have counter this question with, “Explain to me why I need all of the bells and whistles.” After all, what is the real mission of the fire apparatus? Except for the introduction of specialized apparatus and the additional and changing equipment inventory over the years, the mission itself has not changed that much. Ultimately, the fire apparatus is the conveyance to transport the first responder and equipment to the emergency needs of the community.

I have actually had departments refer to their apparatus as parade pieces that are specified to outshine the competition even to the point that I witnessed one particular department’s apparatus that had a switch labeled “PARADE MODE,” which activated a disco like light show, no joke. And with technology comes cost.

When I am soliciting bids for new pumpers, I am not buying one or two units. To support a county covering 2,300 square miles with four million residents, 170 fire stations and a 20-year apparatus replacement cycle, I am buying a dozen pumpers at a time and have to be cost-conscious and accountable to the taxpayer. But more than that, I have to maintain a reliable fleet of emergency apparatus that I cannot only depend on but in most cases repair in the field or at an incident. When developing specifications, I always have to consider the worst case scenario, ease of operation, and serviceability. For example, during major wildland fire incidents, our apparatus may have to travel 500 miles or more to support fire suppression operations. Experiencing a failure five miles down an unpaved fire road is not the place for a ground-support mechanic to diagnose why the operator cannot control the electronic discharge gates—assuming he has a lap top with the proprietary software. In that real potential situation, what good is that apparatus to the incident or the crew sitting in unburned fuel?

So does that mean that there is no room for technology in a fire apparatus fleet? Absolutely not, there is a time and place for everything. On one hand, my initial opinion of the vehicle data recorder was that it is a ridiculous additional cost to new apparatus. To some degree, I still believe it is. But, I did notice a reduction in intersection accidents, which I believe is attributed to operators being cognizant that there is a record of their driving habits—a side effect that made our risk manager very happy. And when it comes to national hazmat task force interoperability, there is no other best practice to bridge that gap as of today, but it is coming. Plus, technical hardware is often obsolete by the time a new apparatus is constructed, which is why it typically is not part of my new apparatus specifications but done after the apparatus is delivered.

On the other hand, National Fire Protection Association (NFPA) guidelines are often vague and ambiguous. For example, the vehicle operator must be able to adjust the side view mirrors from his seating position. We meet this with voice command: “Tilt it down a little more. A little more. That’s good.” We never leave the station on a response without someone in the passenger seat.

Part 2 will cover potential pitfalls of modern technology and where Chief Meeks sees in store for future fire apparatus. 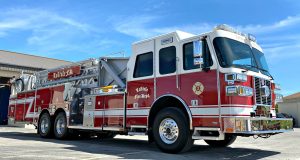 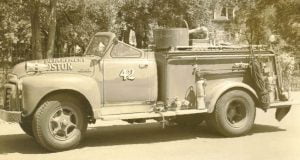 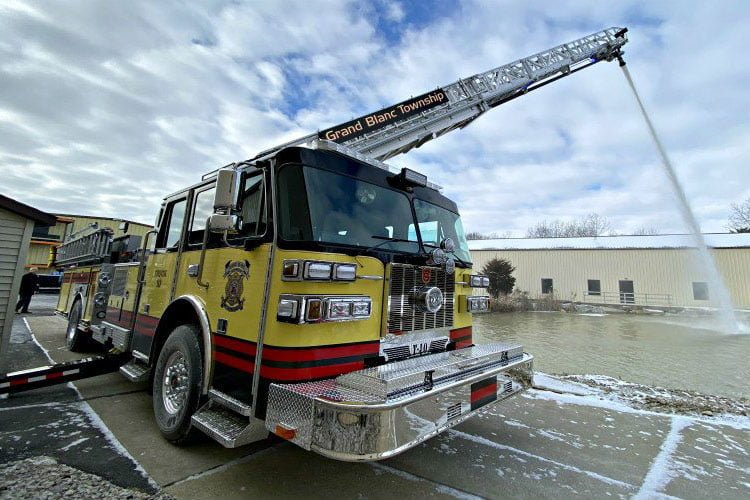