Part I: Modeling, Simulation, and Testing

This is the fourth installment in a series of articles discussing recent technology advancements in fire apparatus seat systems. While previous articles in this series have documented changes and improvements to first responder systems already available on Valor seating platforms, this article will be looking forward toward development that is currently underway with specific focus on the transition of technology from the military industry to the first responder industry.

USSC’s sister company, Global Seating Systems (GSS), has been developing and supplying extreme-duty, life-saving seat systems to the military market for more than 15 years. The technologies and systems developed during this time for the United States military are always developed with the goal of the highest possible levels of protection for our soldiers and warfighters on the battlefield. In the past decade, a focus of these seat systems has been the mitigation of energies associated with under-vehicle mine and improvised explosive devices (IEDs).  Such energies are sufficient to cause severe spinal injury or death and remain a significant threat to deployed U.S. military personnel in ongoing asymmetric warfare theaters of operation.

To accomplish mitigation of the massive energies and accelerations associated with these blast events, early energy attenuating (EA) seat systems employed simple deformable bases or risers. By allowing such a base to deform during a blast event, the amount of energy transmitted to the occupant and the compressive load impingent on the occupant’s spine was significantly reduced. While such systems were initially effective in theater, ever-increasing blast charge size by the enemy required the development of more sophisticated systems.

Deformable cartridge systems such as GSS’s own spiral EA system offered significantly improved protection for seat system occupants subjected to ever-increasing blast magnitudes. However, to solve the issue of widely varying blast magnitude inputs as well as the wide variety of occupant masses that could occupy any given seat, USSC’s Global Seating Systems began development of the world’s first blast mitigating seat system to contain a semi-active damper in 2010. A semi-active damper is a shock absorber that possesses a continuously variable damping coefficient and a complementary electronic control unit and a suit of sensors to ensure that this damping coefficient is optimized against the external inputs to the system.

To develop such a seat required the integration of a semi-active damper system as well as the associated spring and linear stroking mechanism into the package space of a vehicle seat. By accomplishing this integration, GSS was able to provide superior mine and IED blast mitigation for the wide range of blast inputs and the full range of potential occupants.1  Since the development of this military seat system, continuous performance improvements have been made to remain at the forefront of warfighter protection.

Most recently however, engineers at USSC and GSS have invested significant effort into the transition of this technology to the first responder industry. While under-vehicle blast events thankfully do not threaten today’s first responders in the United States, extreme driving conditions and adverse road conditions certainly may. To combat the potentially injurious conditions that can exist during travel to an emergency, USSC is currently working toward integrating semi-active, mass- and energy-adaptive, computer-controlled damper systems into its Valor line of seats.

Seats equipped with such systems hold the promise to dramatically reduce the energy transmitted to the drivers and occupants of emergency vehicles. This mitigation is not only expected to lead to a more comfortable ride, but also a significant reduction in long-term fatigue and injuries potentially associated with exposure to such cyclic energetic events.

Finally, by virtue of the computer-controlled damper system in such seats, an inherent ability to “tune” such seats necessarily exists. It is likely that final embodiments of such a system will include a user-adjustable switch by which the “stiffness” of the seat will be selected. As such, at the softest setting, the user will come as close as possible to moving in a straight line in space above the road surface. In stiffer settings, the user will be choosing to “feel” more of the road.In either extreme and all settings in between, the occupant will benefit from advanced first responder seats. 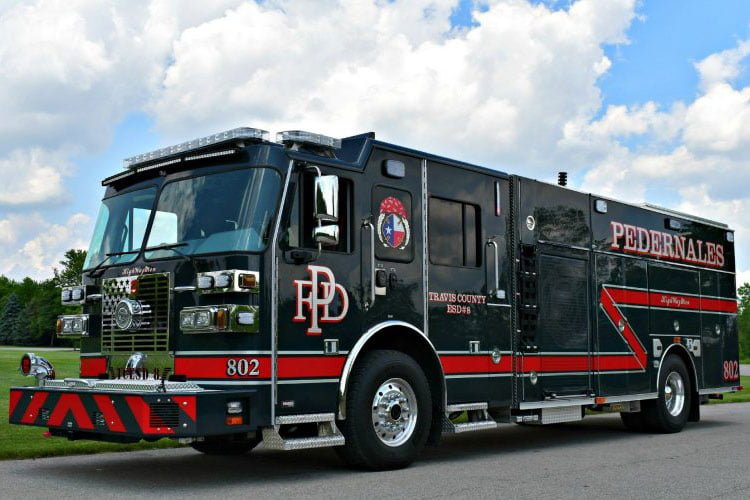