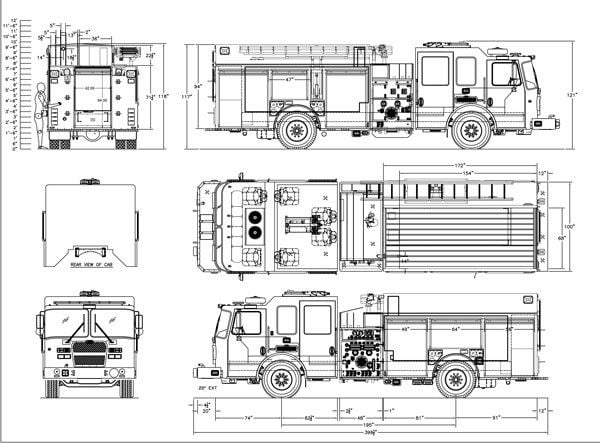 Apparatus purchasing should be a two-way street between purchasers and prospective vendors. A degree of mutual trust and professionalism should be demonstrated between them, especially during initial meetings. It doesn’t always happen. The time expended by apparatus purchasing committee (APC) members and apparatus vendors is irreplaceable. Both have left unproductive meetings bemoaning the lack of productivity and honesty saying, “Well, I’ll never get those two hours back.” Although both parties can be faulted, assigning blame is not the intent of this dissertation. It focuses around what could cause negative interaction between some APCs and those vendors sometimes referred to as “cherry pickers.” There is no written description for cherry pickers. Most purchasers are unaware of them. Some vendors don’t even realize they might be one.

Cherry pickers are fire truck vendors who pick and choose both the apparatus they want to sell and the prospective customers with whom they want to interact. They want to expend their time wisely and fruitfully. There is nothing wrong, immoral, or illegal about doing so. They will not abuse a committee’s time or attempt to force an unwanted rig on them. Vendors also don’t want a committee wasting the vendor’s time, thus the expectation for a two-way street. Cherry pickers are professional. They justifiably become upset when a purchasing committee “strings them along” or “cops an attitude” or displays open hostility during a meeting. When that occurs, most cherry pickers will finish the meeting, pack their bags, express appreciation to the committee for the opportunity to meet, and politely excuse themselves—never to be heard from or seen again. They are very perceptive in reading the handwriting on the wall—especially when they are being deceived.

It is not unheard of for APCs to reluctantly request meetings with multiple vendors merely to satisfy a requirement by the authority having jurisdiction (AHJ) that more than one manufacturer be evaluated. Requesting such meetings is deceitful when the APC already knows whose rig it wants and is going to write purchasing specifications around it. That’s life. It happens all the time and most vendors grudgingly live with it. Occasionally an APC will unjustifiably challenge and belittle a nonfavored vendor in a meeting—almost to the point of being condescending. APC members might not want to be there and know they’re not going to purchase the vendor’s rig—so maybe they want to have some fun by verbally harassing the vendor. That could be a mistake. Not all cherry pickers are passive. Some may discreetly express their disillusionment with an arrogant and offensive APC by firing right back and challenging its members. The cherry picker also knows it is a loss sale, so payback might ride on that same two-way street:

At least once in their career every fire truck vendor has wanted to stand up during an APC meeting and scream at the top of his lungs: What the hell am I doing here? Most vendors understandably will not admit wanting to. Cherry pickers will.