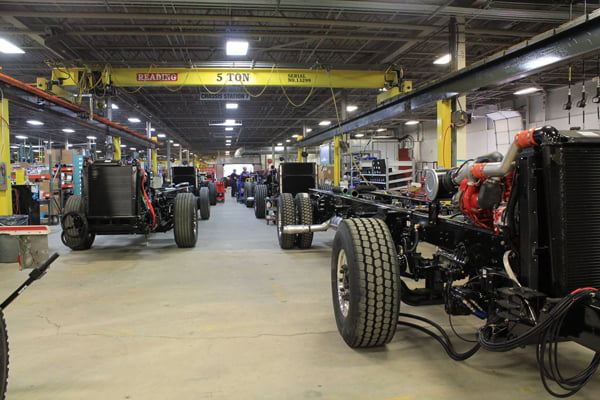 On April 11th, 2016 REV Group, Inc. announced the acquisition of Kovatch Mobile Equipment Corp. (KME). In a year’s time, KME has streamlined production to ensure that safety and quality are the driving force in every build while remaining customer-focused and solution-driven.

In August 2016, KME, in collaboration with the REV Group, established a project team, led by Terry Baughn (ME/IE Supervisor | Production Manager) to evaluate KME’s multibuilding production floor layout and inefficiencies. By November 2016, work began on the multiphase, 1.6 million dollar upgrade, moving a previously five-building truck assembly into one. The overall goal is to standardize the work process allowing more control in production and eliminating excessive parts and assembly movement.

Phase One consisted of relocating custom chassis production from Plant 3, cab assembly from Plant 1, cab mounting from Plant 3, and pump module build from Plant 7, including front discharge piping/bumper install, into Plant 21. Currently, the process is entering Phase 2, which introduces the commercial chassis into Plant 21. The chassis/cab including the bumper assembly is assembled in one location, adding the pump module before exiting. In the Plant 21 assembly, cranes replace with floor lifting devices, which reduced ongoing safety concerns in mounting cabs/modules and eventually bodies in the assembly process. 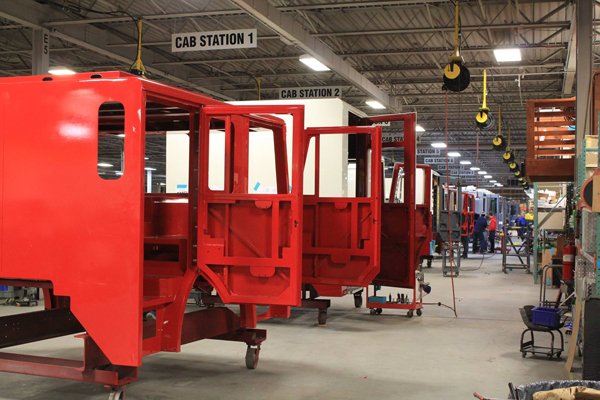 Phase 3 of the Project will consist of body assembly and body mounting moving from Plants 3 and 4 to Plant 21 for both custom and commercial pumpers. Once implemented, more than 90 percent of the truck will be complete, and final assembly will be faced with tank mounting and some final trim assembly to make the truck complete. By July 2017 product standardization for efficient product flow will occur in the remaining buildings. 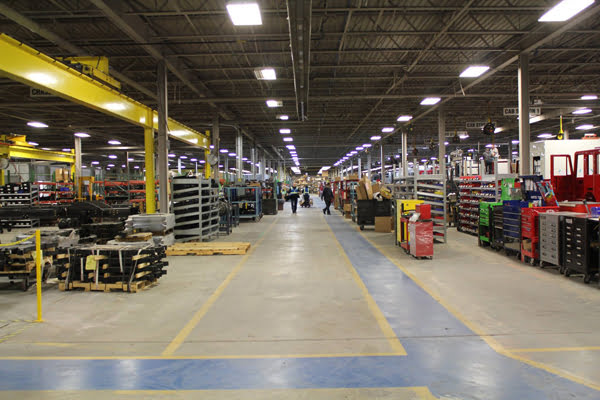 The Plant 21 Project is an example of how KME and the REV Group are working together to be more effective and efficient to better serve their customers. KME has experienced consistent growth over the years by focusing on what’s important to its customers: safe, quality apparatus; personal attention; and low cost of operation. The company believes its history, philosophy, and passion make a difference to first responders around the globe. 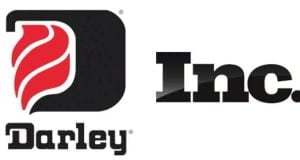 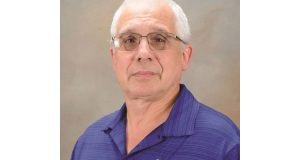 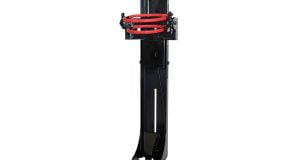 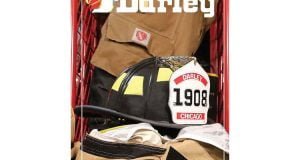 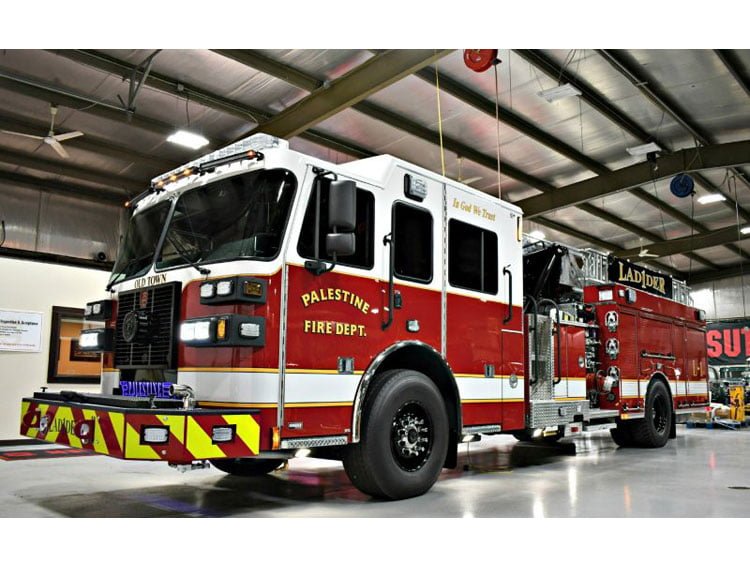 The new rig carries 480 gallons of water and 20 gallons of foam. It has a 75-foot midmount aerial and seating for six firefighters.