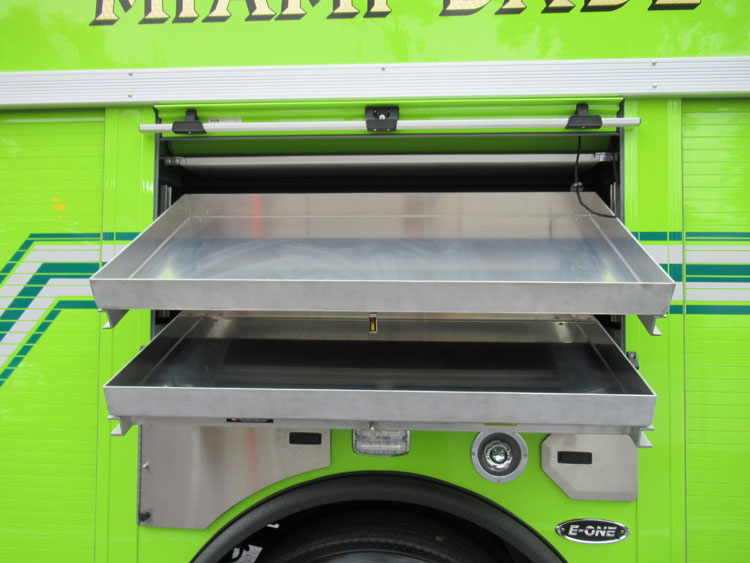 Compartments on the rescue-pumpers are fitted with Slidemaster roll-out and tilt-down shelving. 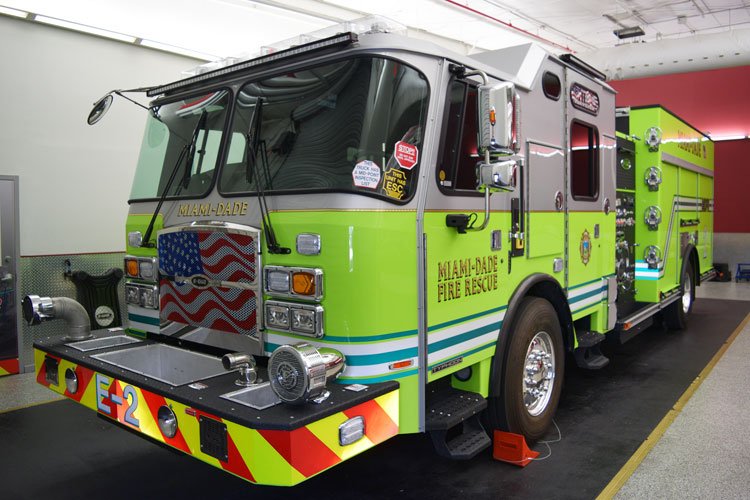 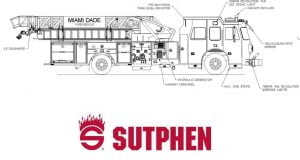