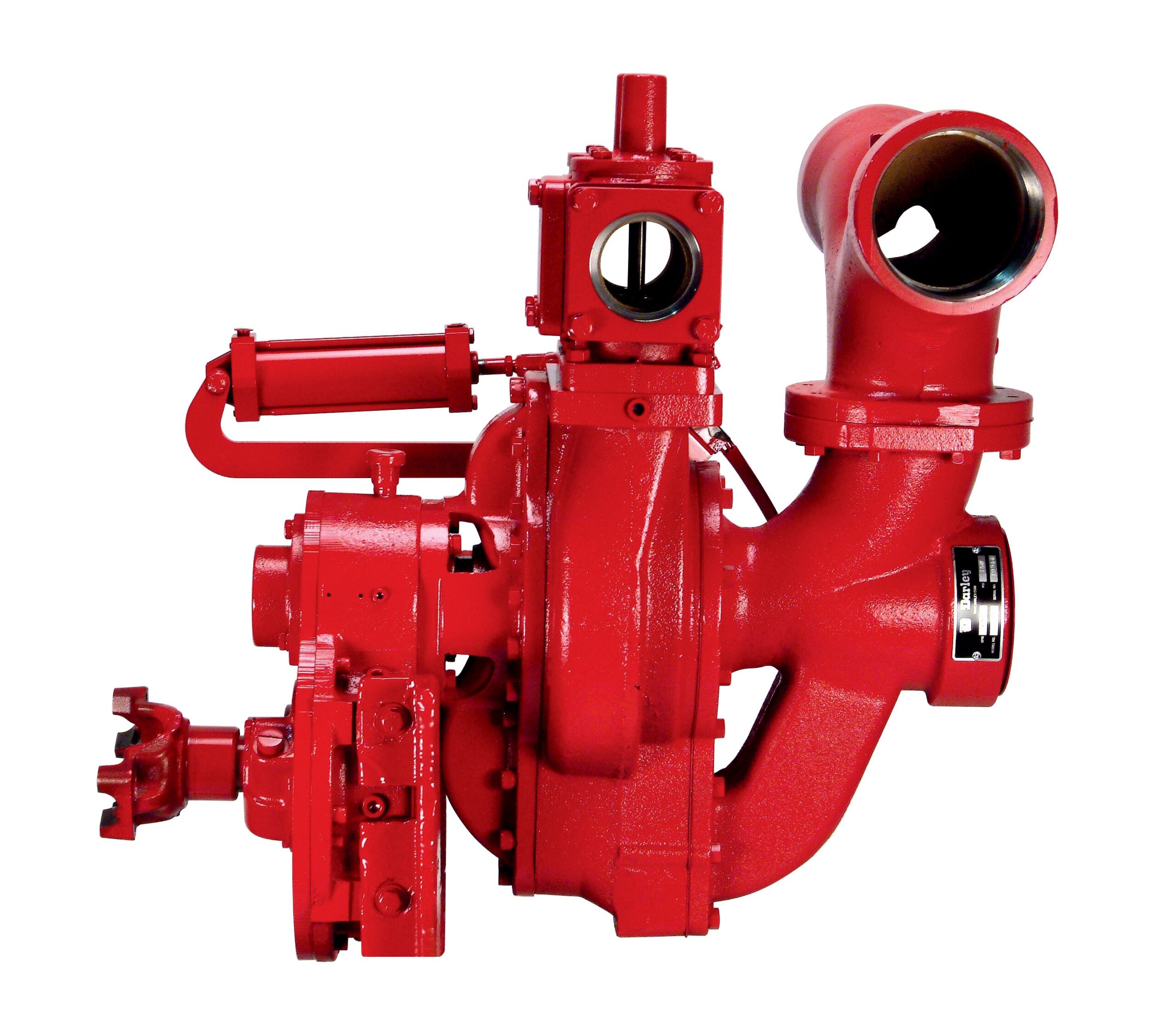 Over the years there has seemingly been a bit of a misconception from those who are not routinely using or producing wildland vehicles on the use case for the PTO pumps on these apparatus. PTO pumps are commonly associated with the ability to “pump and roll.” Pump and roll as defined by the National Fire Protection Association (NFPA) Standards in both NFPA 1901: Standard for Automotive Fire Apparatus, and NFPA 1906: Standard for Wildland Fire Apparatus, requires minimal performance; 20 gallons per minute (gpm) at 80 pounds per square inch (psi), at a vehicle speed of 2 miles per hour (mph) or less. The intent of many of these PTO pumps mounted on Type 3’s, Tactical Tenders, and other wildland firefighting vehicles is not to pump and roll, but to provide much higher flow rates at much higher pressures, performance requirements often necessitating much higher output speeds than a typical apparatus’s engine would provide at a speed of 2 mph or less. 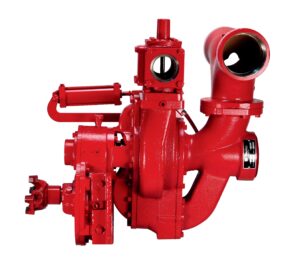 In many cases, the operational intent and according design of these apparatus incorporate a secondary engine driven pump to be utilized for any pump and roll activities. These pumps, performing at much higher performances than the PTO pump, would be capable of at the low speeds. Dependent on the entity specifying the vehicles, many of these apparatus are even designed such that the PTO pump cannot be engaged when the vehicle is in motion.

See also  Why Is This in Your Specs?

The most prevalent pump in the aforementioned vehicles is hands-down the Darley JMP 500, a two-stage pump capable of achieving the NFPA 500 gpm pump performance requirements, in addition to providing over 100 gpm at pressures exceeding 500 psi. These performances allow users to overcome the friction loss and the back pressures created when dragging a hose up a mountainside for workable firefighting flows at the top. 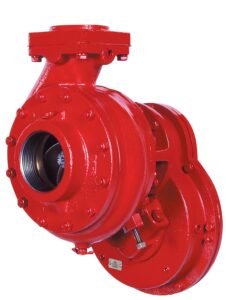 In recent years, many agencies have elected to simplify things in the utilization of a single stage pump, most commonly Darley’s HSP 250 product. While the single stage pump requires the sacrifice of some performance capabilities, in both total potential flow ratings (250 gpm NFPA rating) and giving up a bit in pressure capabilities (100 gpm at 400 psi), many have found this to be a solid decision. The HSP has provided benefits in the simplification from an operational perspective. Users have also seen benefits in training firefighters, in design efficiencies, and in the packaging. The HSP 250 has proven to be a product capable of achieving the mission and outcomes of many wildland vehicles, and is most popularly used in Tactical Tenders.

This HSP pump model is also often specified as an engine-driven variation in Darley’s HSE250K, coupled to a 65 hp Kubota engine and utilized in many wildland attack vehicles, bringing the NFPA 250 rating to the apparatus and achieving performances required for a Type 3 established by the National Wildland Coordinating Group (NWCG) standards. We will save more on engine-driven wildland applications for a future article.

If your department is in the process of specifying a wildland attack apparatus and would like some consultation, or to be connected with a member our regional team, to schedule a tour, or for any other opportunities for Darley to serve, feel free to reach out to me at JasonDarley@Darley.com or on my cell phone at (715) 456-9390.