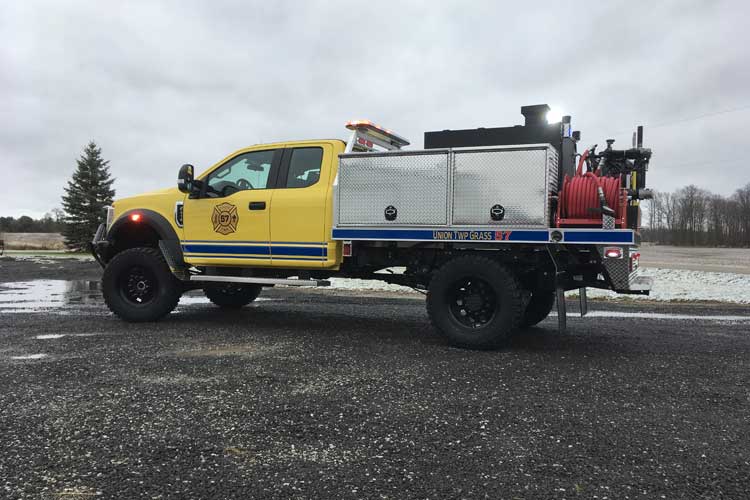 Chesterfield-Union (IN) Township Fire Department checked out 1st Attack Engineering at FDIC International to see what kinds of brush engines it was building and to talk about the department’s needs for a new brush rig. The department had a 1994 Ford pickup with a skid unit pump in the back that it was using as a brush truck but was experiencing a lot of mechanical issues with the truck and wanted to replace it. 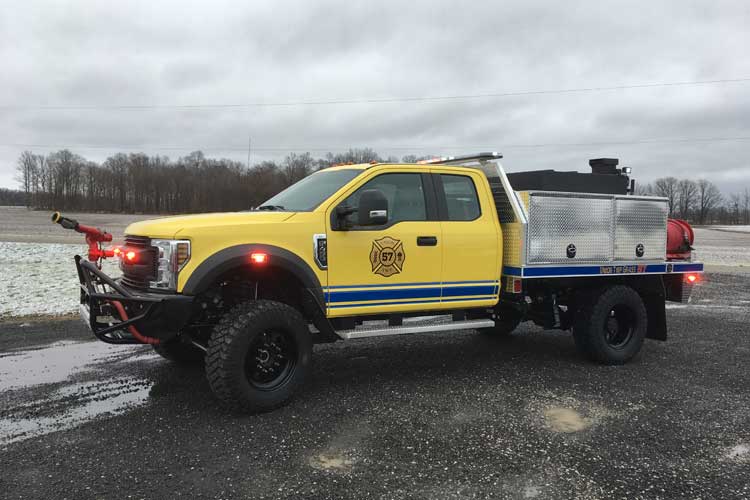 “We did a lot of research and liked the fact that 1st Attack was only about an hour away from us, which was a big consideration,” says Jamey Burrows, Chesterfield-Union Township’s chief. “We had been doing our homework and scoping out various models of brush trucks for a while and liked what we saw with 1st Attack. We wanted a truck that could go off road easily, that had as much storage as possible, with a front turret and side sprayers, and be able to pull our dive team trailer.” Another consideration, Burrows points out, was that the department responds mutual aid to a nearby airport “and if an aircraft goes down into the woods, we wanted a vehicle with better suppression capabilities, which means foam and a foam system.” 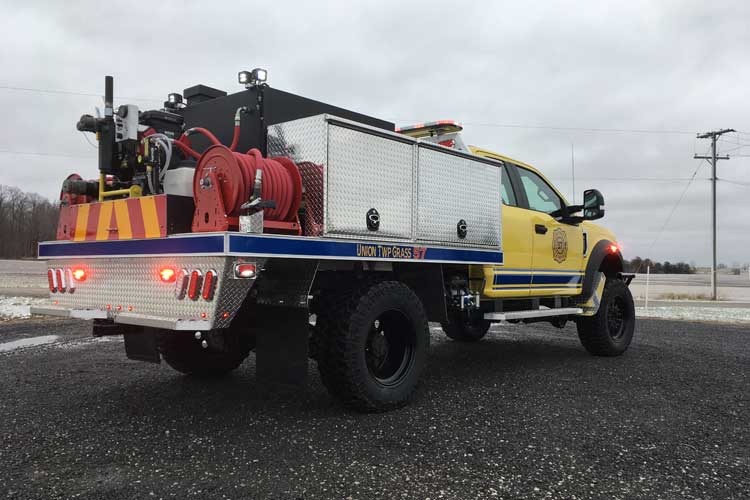 Storage on the Chesterfield-Union brush truck includes two seven foot long cabinets divided into two sections and covered by swing-up doors, and a compartment under the pump and water tank for hard suction and long handled tools.

Jeff Cook, president of 1st Attack Engineering, says he likes to sit with a customer and find out what it needs, what it envisions in its new vehicle, and what its budget numbers might be. “Then we put together a spec for them for a truck that meets their needs and expectations,” Cook says. “In the case of Chesterfield-Union, the brush truck we built is on a Ford F-450 chassis with a Super Cab and an aluminum flatbed body powered by a Ford 6.2-liter V18 385-hp gasoline engine. It has a Darley Vanguard 2BE 23V 390-gpm pump powered by a Briggs & Stratton 23-hp Intek gasoline engine, a 300-gallon APR polypropylene water tank, a 5-gallon foam cell, and a Scotty around-the-pump single-agent foam system.” 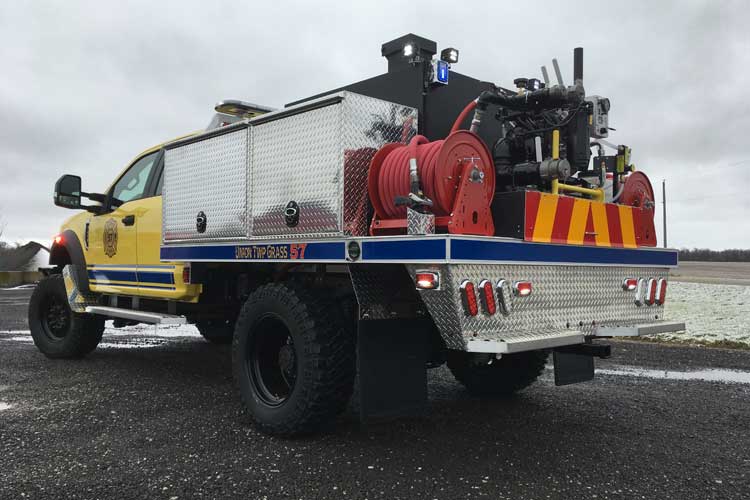 Burrows says that the department had 1st Attack install a transverse area behind the cab to carry a Stokes basket and backboard. “We cover a state park and have rope equipment on the vehicle for basic operations. The ability to carry the Stokes was important to us if we were called out for a rescue in the park.”

Chesterfield-Union Township Fire Department covers a district of 20 square miles and 10,000 residents from one station with 45 paid full-time and part-time on-call firefighters. In addition to the new 1st Attack brush truck, the department runs one engine, a 100-foot Seagrave aerial ladder, a heavy rescue, a 3,000-gallon tanker (tender), two ambulances, a dive team trailer, and an inflatable boat. 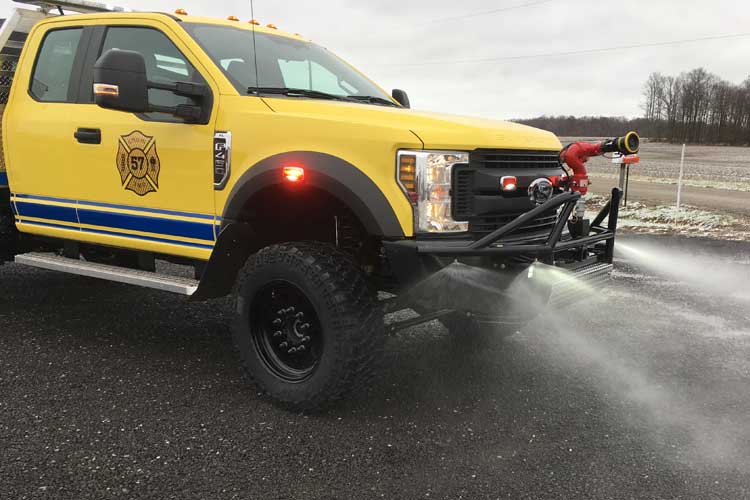 Cook adds that Chesterfield-Union’s new brush truck has two 7-foot by 30-inch storage boxes on each side divided into two sections and covered with swing-up doors. “There’s also storage under the water tank and pump installation for hard suction and long-handled tools,” he points out. “The truck has an Elkhart Brass remote control Sidewinder monitor on the bumper along with four spray nozzles at the corners; two electric Reelcraft hose reels, each with 100 feet of one-inch booster hose; front and rear winch receivers for a 9,500 pound Super Winch; Super Single wheels and Thompson off-road type tires with a four-inch suspension lift; and a Whelen LED emergency light package.

By Alan M. Petrillo Chesterfield-Union (IN) Township Fire Department checked out 1st Attack Engineering at FDIC International to see what kinds of brush engines it was building and to talk about the department’s needs for a new brush rig. The department had a 1994 Ford pickup with a skid unit pump in the back that […]
 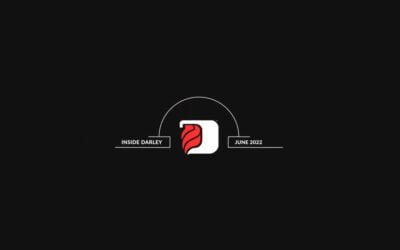 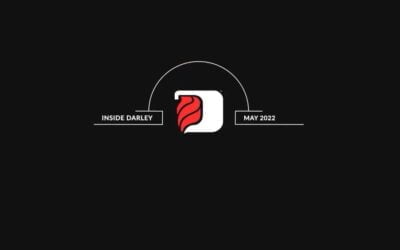