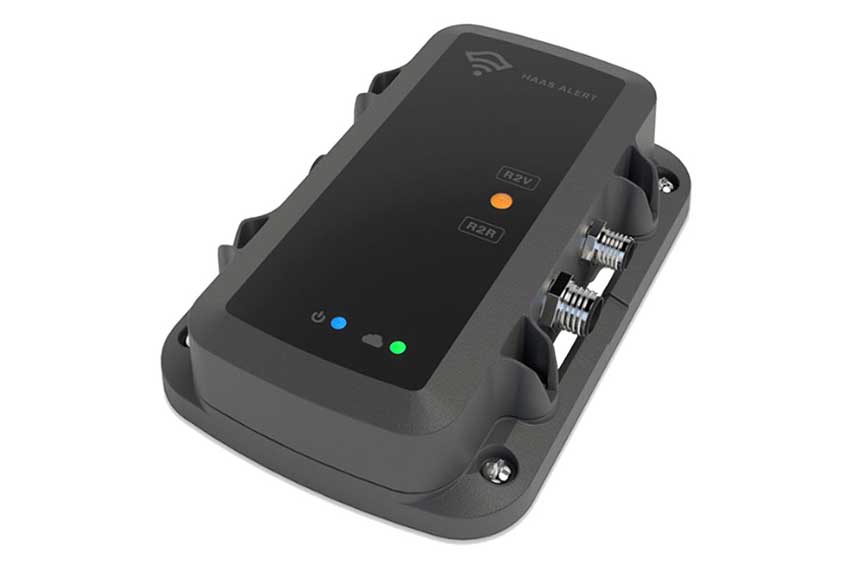 Pierce Manufacturing has further improved safety in the fire industry by collaborating with HAAS Alert to offer digital collision avoidance technology as both a standard integration on new custom apparatus, and an aftermarket solution.

APPLETON, WI — Pierce Manufacturing Inc., an Oshkosh Corporation (NYSE:OSK) company, announced that it has further improved safety in the fire industry by collaborating with HAAS, Inc. d/b/a HAAS Alert to offer digital collision avoidance technology as a standard integration on Appleton-built custom chassis produced for domestic and Canadian municipal customers, and as an available aftermarket solution for apparatus currently in service. HAAS Alert’s Safety Cloud works by sending real-time digital alerts from a hardware device mounted within the cab of a fire truck to nearby motorists via mobile navigation apps (e.g., Waze) and vehicle infotainment screens. System integration will begin on trucks that are in the production process in early 2020.  Jeromie Johnston, VP of Segment Strategy and Business Development for Pierce, said of the collaboration, “As a leader in the fire apparatus manufacturing market, Pierce doesn’t just meet safety requirements—we continuously seek methods and tools to further improve safety. Adding HAAS Alert’s collision avoidance service as a standard safety solution to our custom fire apparatus demonstrates our commitment to customer safety.”

A 2013 University of Minnesota study notes that the risk of collision between a civilian vehicle and an emergency vehicle can be greatly reduced when nearby drivers receive an advanced warning about the hazardous situation. HAAS Alert’s collision avoidance technology sends an alert to a motorist’s mobile device if they are in the vicinity of an emergency vehicle that is in route or positioned at the scene.
See also  2007 Darley/DT-4400 International Pumper
“Distracted driving continues to be a major concern on roadways as members of fire service put themselves at risk while responding to emergencies both in route and positioned at a scene,” said Jim Johnson, president of Pierce Manufacturing. “Working with HAAS Alert enables us to offer an innovative new way to incorporate technology that extends beyond the fire apparatus to support safety protocol for firefighters and members of the communities they serve.” HAAS Alert’s mission is to make roadways safer by alerting drivers of emergency vehicles. Cory Hohs, co-founder and CEO of HAAS Alert, stated, “Despite increased measures put into place by public safety agencies and the rise of initiatives including Vision Zero and the Move Over law, roadway collisions involving first responders and motorists continue to increase year over year.” Since launching two years ago, the Safety Cloud has delivered more than 100 million driver alerts. The alerts extend the reach of traditional lights and sirens to improve motorist awareness, allowing more time for drivers to make safe maneuvers and comply with Move Over laws. To learn more about HAAS Alert, visit www.haasalert.com.