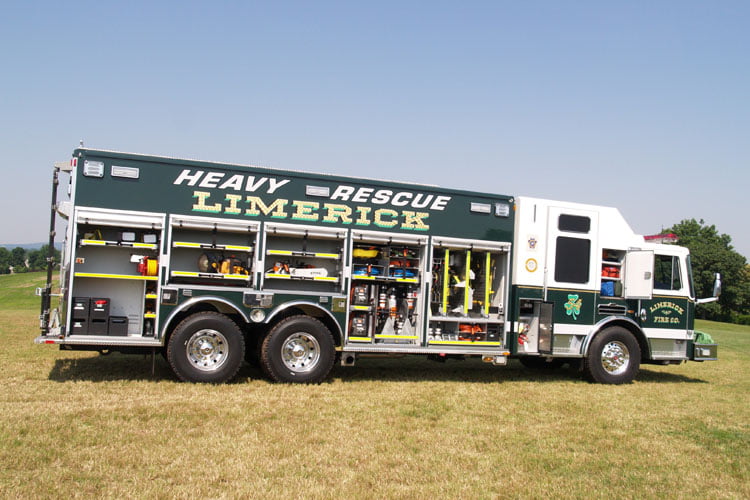 Fire apparatus vendors must be forever cautious when working with prospective customers laying out equipment compartments, especially so when designing special service apparatus for use as a heavy rescue truck. They can be caught between the proverbial rock and hard place because the fine line between assisting and alienating is difficult to locate. And, inadvertently crossing it can cost the vendor a sale.

Some vendors categorize rescue truck purchasers as novices or experienced users. Novices who are upgrading from an overloaded small equipment van or squad car should be appreciative of the assistance a knowledgeable vendor can provide. On the other hand, its possible purchasers who are replacing heavy rescues may be locked into the, “That’s the way we’ve always done it,” mindset. In some scenarios, a vendor is not going to change its mind and probably shouldn’t even try.

A busy fire department may have literally thousands of runs under its belt operating a heavy rescue while a vendor may have the experience of designing scores of heavy rescues for numerous departments. The learning curve can be a two-way street, where both buyer and seller mutually benefit from each other’s experiences. A possible contentious issue that is sometimes difficult to overcome is when a vendor with volunteer firefighting experience is dealing with a career entity and conversely when a vendor with career firefighting experience is dealing with a volunteer entity. In those cases only grown-ups should be allowed on apparatus purchasing committee (APC) meetings.

Although some vendors want to, most don’t dare tell an apparatus purchasing committee that if firefighters have to climb onto a rig to access a primary piece of equipment, the committee did a lousy job in laying out the compartments. It may be a necessity, but it is sad when an APC has to specify carrying a step ladder to reach equipment stored on a rig. Firefighters should not be placed in a position where they can get hurt removing equipment. Slide-out tool boards, shelves and pull-out and tilt-down drawers can be mansavers. Purchasers should consider working closely with more than one qualified vendor when laying out compartments. Ideas and suggestions are free for the asking. A possibility for success is writing a performance specification.

Purchasers should consider working closely with more than one qualified vendor when laying out compartments. Ideas and suggestions are free for the asking.
