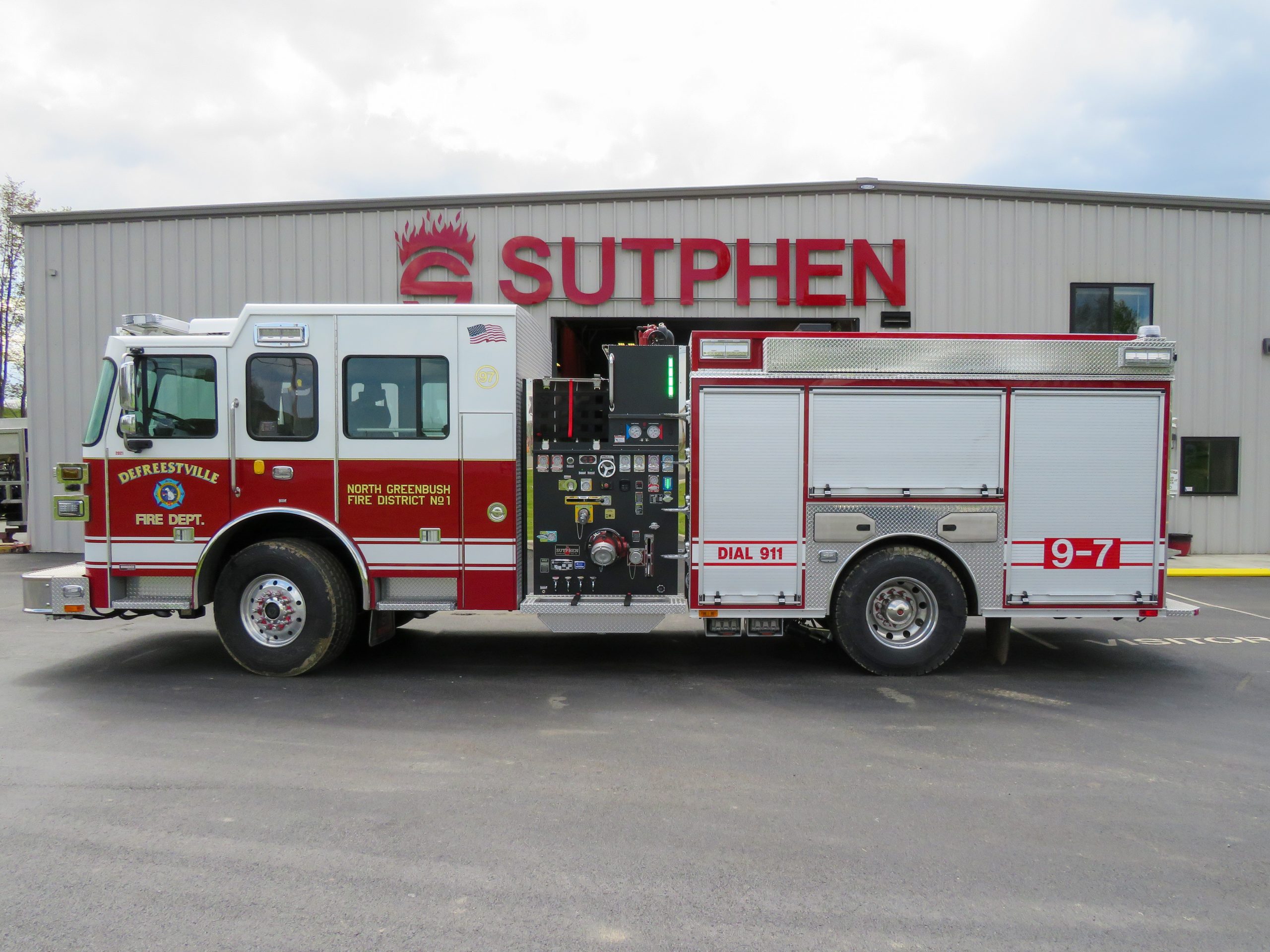 North Greenbush (NY) Fire District No. 1 is comprised of two departments—Defreestville Fire Department and Wynantskill Fire Department—that cover the town of North Greenbush in Rensselaer County, encompassing almost 19 square miles with a population of more than 12,000. The fire district had consolidated the two fire departments into a single entity about 10 years ago, using all available funds to build a new fire station. New apparatus had to wait until late last year when the district replaced three pumper-tankers with two identical pumpers built by Sutphen Corp.

“Both departments had pumper-tankers that were 20 years old and needed replacement,” says Rich French, a commissioner on the board of the fire district and firefighter at Defreestville Fire Department. “We put together a committee to design pumper-tankers that would serve both ends of town with the same equipment because both fire departments run calls together constantly. We ended up replacing 1997 and 2007 American LaFrance 3D pumper-tankers, and a 1998 Laverne pumper-tanker with the two new Sutphen pumpers.” 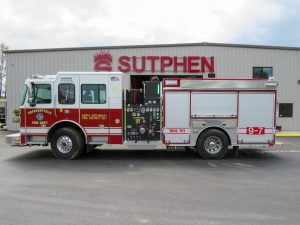 The two new pumpers, notes Philip Vander Molen, president and owner of Vander Molen Fire Apparatus Sales and Service, who sold the engines to the fire district, are identical except for the lettering and colors on the vehicles. “Each is on a Sutphen Monarch heavy-duty custom chassis with a 73-inch extended cab and 10-inch raised roof with seating for six firefighters, five in self-contained breathing apparatus (SCBA) seats,” Vander Molen says. “Wheelbase is 195 inches, overall length is 31 feet 10 inches, and overall height is 9 feet 8 inches, with a 23,000-pound front axle and suspension, and 27,000-pound rear axle and suspension.”

Vander Molen says each of the rigs is powered by a 450-horsepower (hp) Cummins L9 diesel engine, and an Allison Gen 5 3000 EVS automatic transmission with a Leece Neville 420-amp alternator, and carry a Hale QMax 2,000-gallons-per-minute (gpm) single-stage pump, and a 1,000-gallon water tank. “The interior of the cab has SCBAs in it but is set up to deal with the clean cab concept,” he notes, “with HEPA filters, stainless steel door panels, and washable seats.”

French adds that the Sutphen pumpers have provision in the hose bed for carrying 1,500 feet of 5-inch large-diameter hose (LDH), 300 feet of 2-1/2-inch hose, 200 feet of 3-inch hose, and two 200-foot 2-inch hose preconnects double-stacked, one of 300 feet and the other of 200 feet. “Each pumper is laid out the same, so we have two 200-foot 2-inch cross lays, and 150 feet of 1-3/4-inch hose in a bumper lay,” he says. “We wanted simple vehicles with no electronic valves or flow meters and Task Force Tips intake valves mounted externally,” he adds. “We had tried compressed air foam systems (CAFS) in the past and decided not to include them on the new engines because of our mixed experience with CAFS.”

In keeping with the simplicity on the pumpers, Vander Molen points out that each of the rigs has low side compartments on the officer’s side with exterior-mounted ground ladders and pike pole storage behind the ladders outside of the body. “Both vehicles have special gearing in their rear ends for improved hill-climbing ability,” he adds, “and both are undercoated with black paint and a paraffin wax/mineral oil undercoating to prevent corrosion.” 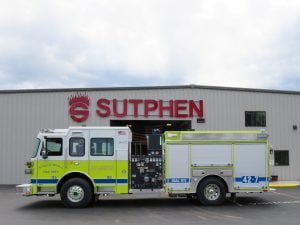 The North Greenbush pumpers are powered by a 450-horsepower Cummins L9 diesel engine and an Allison Gen 5 3000 EVS automatic transmission, and have a Hale QMax 2,000-gallons per minute (gpm) single stage pump, and a 1,000-gallon water tank. Shown is the Wynantskill Fire Department rig.

Zach Rudy, Sutphen’s director of sales, notes that “These Sutphens were built for the intense weather of Eastern New York and will be a piece of the North Greenbush Fire District No.1 for many years to come.”

By Alan M. Petrillo North Greenbush (NY) Fire District No. 1 is comprised of two departments—Defreestville Fire Department and Wynantskill Fire Department—that cover the town of North Greenbush in Rensselaer County, encompassing almost 19 square miles with a population of more than 12,000. The fire district had consolidated the two fire departments into a single […]
