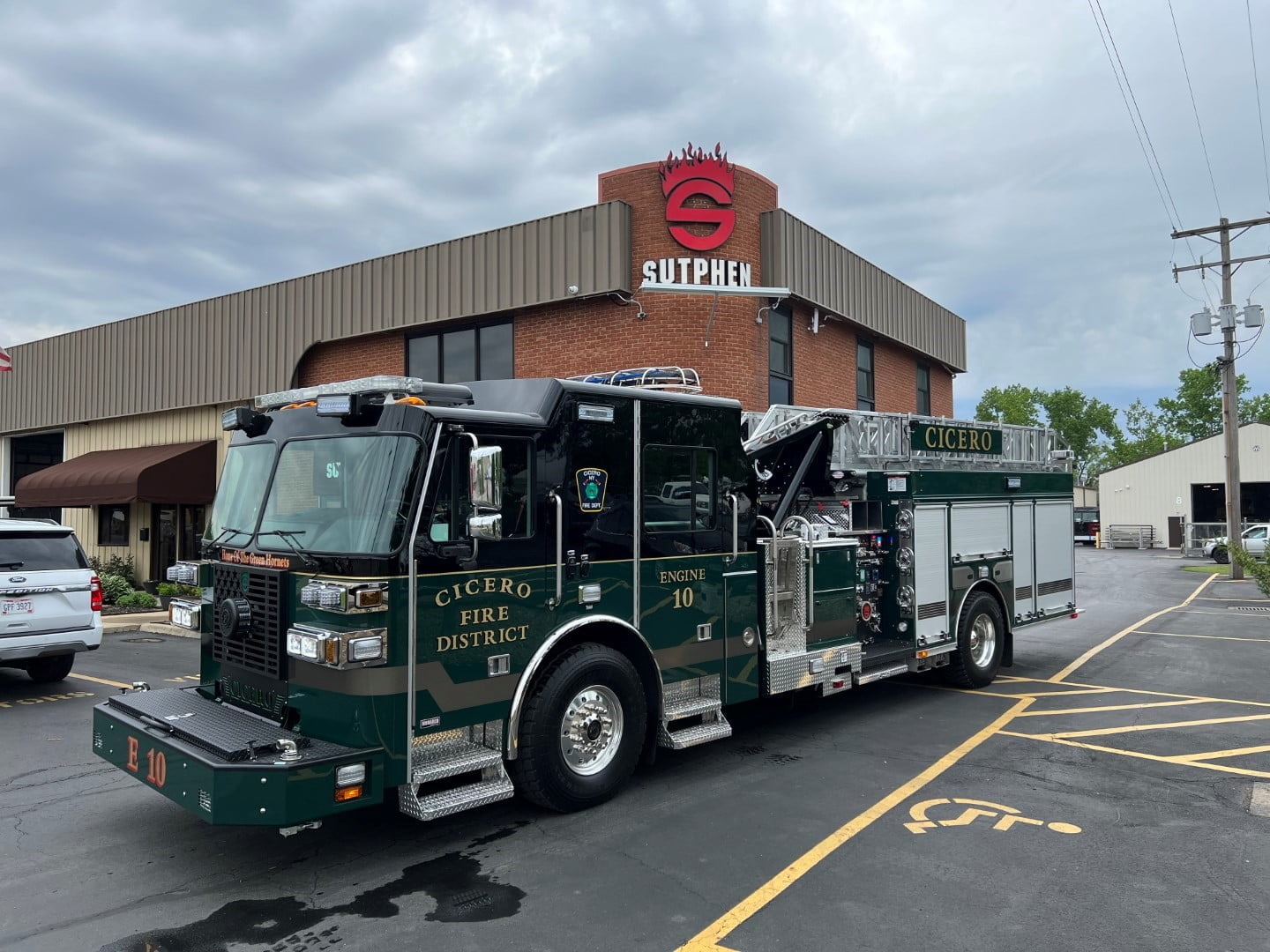 Sutphen Corporation has delivered an SL 75 aerial ladder quint to the Cicero Fire Department, making the rig the second Sutphen aerial in the department’s fleet. 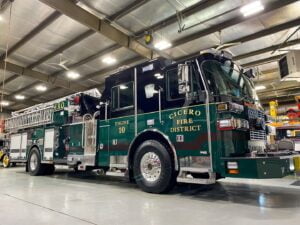 “They were so pleased with the workmanship and quality of the platform, as well as our service on the vehicle, that they came back to us and Sutphen for the aerial ladder quint,” Vander Molen says.

Nick Catalino, the Vander Molen Fire salesman who sold the aerial ladder quint to Cicero, notes that “Cicero decided it needed another aerial in its fleet, but a rig that was a little smaller to give it some operational options on the fire ground. The smaller size, and the fact that it’s a straight stick, makes the vehicle easier to drive and operate when compared to an aerial platform.” 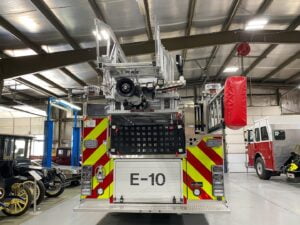 The tip of the 75-foot aerial ladder has a Task Force Tips 1,500-gpm Typhoon electric monitor and nozzle.

The SL 75 that Sutphen built for Cicero is on a Monarch heavy-duty custom chassis with a 73-inch-long, four-door extended cab and a 10-inch raised roof with seating for five firefighters. The chassis has 10-inch double Domex frame rails, a 23,000-pound front axle and suspension, and a 31,000-pound rear axle and suspension. Wheelbase on the aerial ladder quint is 232 inches, overall length is 42 feet 9 inches, and overall height is 10 feet and one-half inch.

The rig is powered by a 450-horsepower (hp) Cummins L9 diesel engine, and an Allison 3000 EVS Gen 5 automatic transmission, with a Leece Neville 320-amp alternator. It has more than 192 cubic feet of compartment space, Amdor roll-up compartment doors, and a 24-inch formed steel channel bumper extension with a full-width covered compartment featuring adjustable dividers inside. 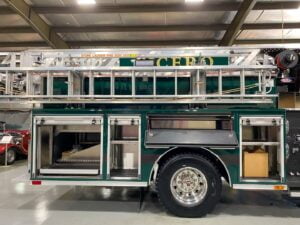 The SL 75 has Amdor roll-up doors covering its 192 cubic feet of compartment space.

Catalino points out that the aerial ladder quint has a Hale Products QMax 2,000-gallon-per-minute (gpm) single-stage pump, a 500-gallon water tank, a 25-gallon foam tank, and a FoamPro 2002 5.0-gpm foam proportioning system. The quint has two 2-1/2-inch cross lays and two 1-3/4-inch cross lays, two 2-1/2-inch discharges on the left side, one 2-1/2-inch and one 3-inch discharge on the right side, and an 1-3/4-inch discharge in the front bumper. A Task Force Tips Typhoon 1,500-gpm electric monitor is at the tip of the 75-foot aerial ladder. 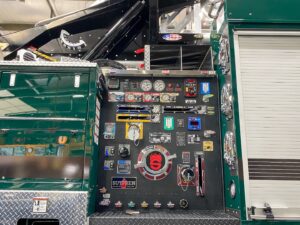 By Alan M. Petrillo Sutphen Corporation has delivered an SL 75 aerial ladder quint to the Cicero Fire Department, making the rig the second Sutphen aerial in the department’s fleet. Philip Vander Molen, owner and president of Vander Molen Fire Apparatus Sales and Service, whose company sold the quint to Cicero, says the department bought a […]
